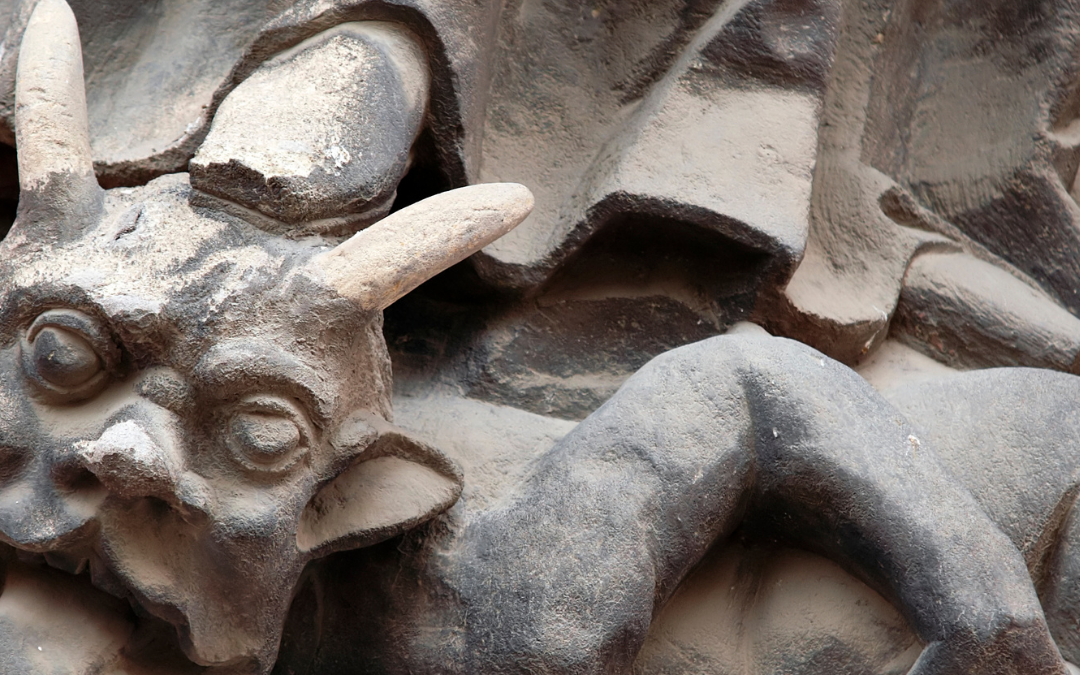 A devil is the personification of evil as it is conceived in various cultures and religious traditions. It is seen as the objectification of a hostile and destructive force.

Bigfoot, also known as Sasquatch, in Canadian and American folklore, is an ape-like creature that is purported to inhabit the forests of North America. Supposed evidence of Bigfoot’s existence is based on a number of disputed video recordings, audio recordings, photographs, visual sightings, casts of large footprints, etc. Some of these are speculated or known to be hoaxes. 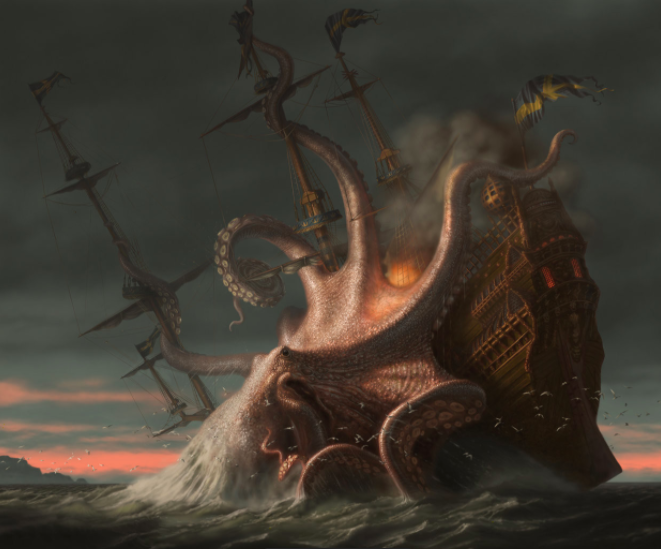 The kraken (/ˈkrɑːkən/)[1] is a legendary cephalopod-like sea monster of gigantic size in Scandinavian folklore. According to the Norse sagas, the kraken dwells off the coasts of Norway and Greenland and terrorizes nearby sailors. Authors over the years have postulated that the legend may have originated from sightings of giant squids that may grow to 13–15 meters (40–50 feet) in length. The sheer size and fearsome appearance attributed to the kraken have made it a common ocean-dwelling monster in various fictional works. The kraken has been the focus of many superstitious sailors passing the North Atlantic and especially sailors from the Nordic countries due to their proximity and its Scandinavian origin. Throughout the centuries the kraken has been a staple part of sailors’ superstitions and mythos being heavily linked to sailors’ ability of telling a tall tale.